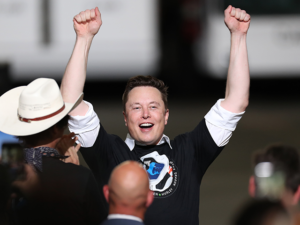 Twitter owner Elon Musk claimed this week that he plans to grant “amnesty” for blacklisted accounts on the platform. Musk says the amnesty will be for users that had not “broken the law or engaged in egregious spam,” which may mean that many conservatives unfairly banned will be restored to the platform.

AP News reports that Elon Musk announced on Thursday that he will be granting “amnesty” for blacklisted accounts on the platform, leading many leftists to worry about a rise in “hate speech” and “misinformation.”

Musk’s announcement comes shortly after he launched a poll asking Twitter users to vote on reinstatements for accounts that have not “broken the law or engaged in egregious spam.” 72 percent of those that answered the poll voted yes.

Musk tweeted: “The people have spoken. Amnesty begins next week. Vox Populi, Vox Dei,” using a Latin phrase that means “the voice of the people, the voice of God.” Musk used the same phrase after reinstating former President Donald Trump to the platform. Trump has said he will not be returning to Twitter but has not deleted his account.

Since Musk has taken over Twitter, he has taken many significant actions, including the decision to lay off half of the company’s 7,500-person workforce, fire top executives, and demand longer and more intense working hours prompting many to quit. Twitter also fired a large majority of contractors that were primarily responsible for content moderation.

Advertisers have also been abandoning the platform in droves over fears that advertising on Twitter may hurt the brands they represent. On October 28, Musk tweeted that no suspended accounts would be reinstated to the platform until Twitter had formed a “content moderation council” with diverse viewpoints to consider each case.

On Tuesday, he said that he was now breaking this promise as he had agreed to it at the insistence of “a large coalition of political-social activists groups” who he says later ”broke the deal” by urging advertisers to stop promoting content on Twitter.

Lucas Nolan is a reporter for Breitbart News covering issues of free speech and online censorship. Follow him on Twitter @LucasNolan