Despite Strict Gun Control, California Had The Most Active Shooter Incidents In 2021: FBI • JoshWho News

Despite Strict Gun Control, California Had The Most Active Shooter Incidents In 2021: FBI 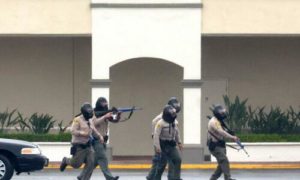 Authored by Jason Blair via The Epoch Times,

In a report issued by the FBI, California ranked first for the most active shooter incidents in 2021. The state has been in the top spot in three of the past five years. 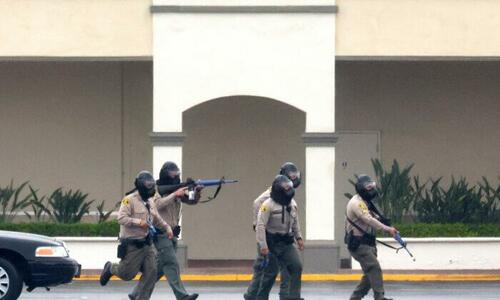 According to the study, a total of 61 active shooter incidents occurred across 30 states last year with 103 people killed and 140 wounded. This is up from 40 incidents and 38 killed in 2020.

California had 6 incidents that claimed the lives of 19 people with 9 wounded. Texas and Georgia each had 5.

Criminal attorney Arash Hashemi told NTD, a sister outlet of The Epoch Times, that in his opinion there’s no easy answer to how gun laws should be handled.

“We need both sides to sit down and listen to what’s going on. I know one side says we need to ban guns, one side said there would be no regulation. But there needs to be a meeting of the minds in the middle,” Hashemi said.

California is moving ahead to implement more gun restrictions. The new state Senate Bill 918, which is currently on its way through the legislature, would ban the carrying of guns in most public areas, regardless of whether someone has a carry license or not.

However Hashemi suggested a slightly different approach. He said the Second Amendment can’t be violated, but he thinks certain people should be restricted from owning a firearm.

“I think California needs to implement these background checks but at the same time make sure they don’t infringe on people’s rights to bear arms,” Hashemi said.

He said vetting gun buyers for red flags like mental illness or psychiatric medication is important.

He added that the importance of the Second Amendment is to give the civilians of the United States a check on the government.

The greatest number of casualties and injuries at an active shooter incident in 2021 was 15, at both a FedEx center in Indiana and a Kroger grocery store in Tennessee.

June had the most with 12, and December had the least with 1.

The FBI defines an active shooter as one or more people engaged in killing or attempting to kill people in a populated area. The 2021 report is limited to these incidents and does not include other gun-related situations like self-defense, drug violence, or gang violence.