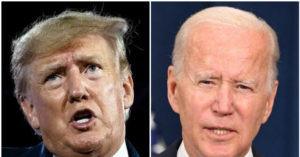 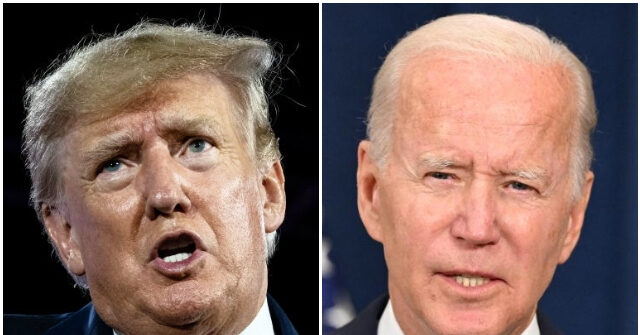 A majority (50-49 percent) of battleground respondents approve of Trump, while Biden’s approval rating among the same constituents is marked at only 37 percent with 61 percent disapproving. Trump’s approval rating is 23 points better than Biden’s.

The survey was conducted among 56 of the most competitive districts in 2022 that are rated either a toss-up or as lean Democrat/Republican, according to the Cook Political Report. The poll sampled 2,352 likely voters in the 56 House districts on June 29, 2022.

More specifically, the poll shows that Republicans are favored over Democrats by four points on the generic ballot. The generic ballot polling samples support parties without the influence of individual politicians.

The poll also found Republicans have greater support among those 50 years and older:

The generic Republican leads by a wider 49% – 40% margin among voters 50+, and Independents tilt toward the GOP candidate by 7 points. There are 20+ point gender gaps among both men and women overall and among those age 50+, with men voting GOP by a larger margin than women voters are supporting the Democrat.

The survey indicates that candidates should pay close attention to voters 50+, with a significant majority (80%) saying they are extremely motivated to vote this fall. Voters 50+ are a crucial voting bloc, consistently showing up to the polls and making a key difference in election outcomes. In the 2018 mid-term elections, the 50+ made up about 60% of the electorate and they are poised to make up an even larger share of in 2022, given their greater to motivation to vote than those under 50.

The polling is bad news for Joe Biden, who is trying to retain his majorities in the House and Senate. If the Democrats lose control the of chambers, Republicans will have an opportunity to conduct oversight of the Biden administration. Republicans may probe Joe Biden’s involvement with his family business, Dr. Anthony Fauci’s potential involvement with indirectly funding the Wuhan lab, 40-year-high inflation, and America’s refining capacity, which is depleted due to Biden’s war on American energy.

Follow Wendell Husebø on Twitter and Gettr @WendellHusebø. He is the author of Politics of Slave Morality.