"Damning": The Twitter Files And The FBI • JoshWho News 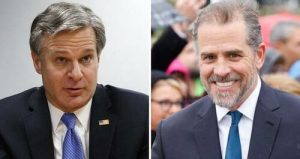 Parents Catch FBI In Plot To Force Mentally Ill Son To Be A Right Wing Terrorist – This is how they been doing it for yearsNot Even N95 Masks Work To Stop CovidHunter Biden Laptop Files – This is the first batch that is being released to the public #HunterBidensLaptop‘Everyone Knew This Was F*cked:’ Elon Musk Releases Twitter’s Internal Convos on Hunter Biden Laptop CensorshipChina Operating Illegal Police Stations WorldwideFBI Warned Twitter Of 'Hack-And-Leak' Operation Before Hunter Biden Story Censored 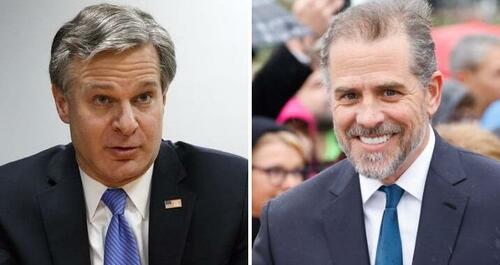 In the event you missed last night’s thread of The Twitter Files, here it is:

To give a short explainer, the talented Matt Taibbi posted internal Twitter documents around the 2020 presidential election which demonstrated how political operations – such as the Biden presidential campaign and the DNC – petitioned the company to remove “offending” tweets. Twitter complied. The Trump White House would make similar requests, but as Taibbi observe, “this system wasn’t balanced.” Instead, it was based on contacts. And as you can imagine, Twitter’s staff, especially at the highest levels, was far left and supported the Democrats.

What of the other Twitter Files? Elon has promised more transparency and Taibbi posted on his Substack that “there may be a few more big surprises coming.” Catch Taibbi and Walter Kirn, both of whom we’re big fans, explaining the Twitter Files on Episode 15 of “America This Week.”

But there’s a bigger story slowly emerging: the FBI’s involvement in political censorship.

As Miranda Devine observed today, there is much more to be divulged. Specifically, the FBI’s meddling in the 2020 election and the FBI’s pressure of social media companies, including Facebook and Twitter, to essentially censor the Hunter Biden story. It’s the story of FBI Supervisory Special Agent Elvis Chan, who recently testified he was part of that effort:

During the deposition, Chan said that he, along with the FBI’s Foreign Influence Task Force and senior Cybersecurity and Infrastructure Security Agency officials, had weekly meetings with major social media companies to warn against Russian disinformation attempts ahead of the 2020 election, according to a source in the Missouri attorney general’s office.

These FBI warnings had to do with the potential Russian “hack and dump” or “hack and leak” of sensitive materials. And they may have contributed to Twitter’s assessment that the Hunter Biden materials may have been hacked, justifying Twitter’s censorship of the story.

FBI Director Christopher Wray actually took pride in these efforts, admitting to the agency’s involvement with social media companies “to make sure that their platforms are not used by foreign adversaries to spread disinformation and propaganda.” The censorship was directed from the top.

Not that any of this matters to much of the left. The clichés started once the story was posted. Twitter’s former former head of trust and safety, Yoel Roth, complained that the leaks were essentially “violence” and put the censors in danger.

The media’s response to the Twitter File story was equally predictable and boring. It was a non-story, it was public relations for the world’s richest man. They misrepresented the leak, ignored the merits, downplayed the significance of the Hunter Biden story by focusing on scandalous photos and not corruption and influence peddling and tax evasion and violations of federal law, and criticized Taibbi for posting the story on Twitter. Undertones of jealousy and resentment. As if we expected anything else. If their attacks are anything, they’re unoriginal. By this time we know what they’re gonna say before they say it.

Thankfully, we were able to see the documents for themselves. They’re damning, demonstrating the danger of the political control of social media. The DNC and Biden Team knew they had friends at Twitter who would do their bidding during the election. And Twitter lied to the FEC about that influence.

But that’s just at the surface. There’s something worse underneath it all, hidden from public: governmental influence and coercion over social media platforms, and the lies of the FBI to keep politically damaging – and true – material away from Americans.

It’s the massive “censorship enterprise” by the Federal Government. It’s the one-sided influence operation on American soil. (The CIA would be proud.) It was there in 2016, and it continued through the 2020 election to the emergence of the COVID-19 pandemic and the development of the COVID-19 vaccines. And it’s slowly coming into view.

Subscribers to The Reactionary can read more here…

Authored by Techno Fog via The Reactionary,