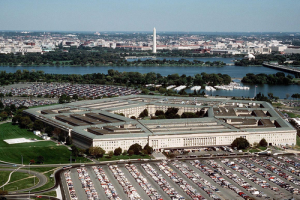 The House and Senate have agreed to increase the 2023 National Defense Authorization Act (NDAA) by $45 billion more than President Biden requested, POLITICO reported on Wednesday.

The $45 billion increase was agreed on by the House and Senate Armed Service committees, but other details of the NDAA are still being finalized. The increase the two panels agreed on brings the bill to $847 billion.

Including programs outside of the jurisdiction of House and Senate Armed Service committees, the NDAA will reach $858 billion.

Once finalized, it will be the second year in a row that Congress significantly increases President Biden’s requested budget. Last year, the president asked for $753 billion but was granted an NDAA worth about $778 billion.

The Politico report said that the chairs of the Senate and House Armed Services committees have largely agreed on the bill and have handed it off to congressional leadership.

Congress is looking to get the NDAA on the House floor for a vote as early as next week. Once approved by the House it will go to the Senate and then would head to President Biden’s desk for his signature.

Over the past few months, lawmakers have been trying to tack on amendments to the spending bill that would give Taiwan unprecedented military aid, but the contents and amendments included in the NDAA aren’t yet clear. 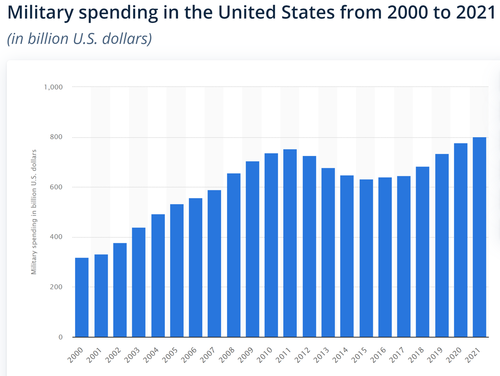 You will find more infographics at Statista

One plan reported by The Washington Post would give Taiwan $3 billion annually for at least five years. If the Taiwan aid isn’t included in the NDAA, the White House could ask Congress to authorize the Taiwan aid as emergency funds, which is what has been done for Ukraine.