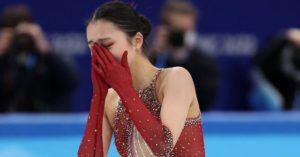 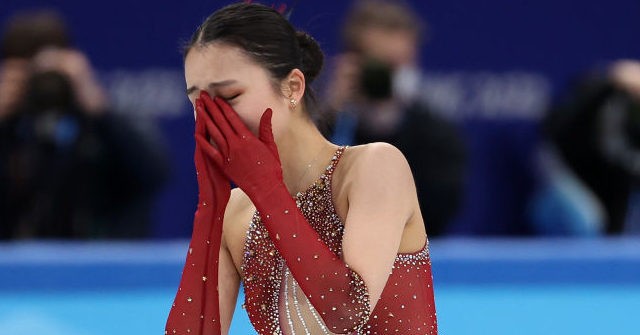 Chinese social media users, who typically echo the sentiments of the Communist Party lest they be censored, have mercilessly heckled 19-year-old figure skater Zhu Yi – born in America but competing for China – after she fell on the ice on Sunday and finished in last place at the Beijing Winter Olympics.

The heckling was so intense that Chinese government censors claim they intervened and shut down almost a hundred accounts on Weibo, China’s heavily-controlled alternative to Twitter — which is prohibited in the country.

Zhu was raised under the name “Beverly” by her Chinese immigrant parents in Los Angeles and renounced her American citizenship in 2018 to compete for China. She has been skating since she was seven years old. Her father, Zhu Songchun, is a computer science professor at the University of California in Los Angeles.

After winning the novice division in the U.S. Figure Skating Championships in 2018, she was recruited by the Chinese Communist government with a program called “Morning Road” that offered benefits to ethnic Chinese athletes from other countries if they joined the Chinese national team.

A similar path was chosen by skier Eileen Gu, another California teen who won a World Cup medal competing for the U.S. in 2019 and happily belted out the Star-Spangled Banner at her award ceremony – then appeared in Beijing standing proudly next to dictator Xi Jinping and sporting a red Communist uniform less than a week later.

Gu is competing for China at the Genocide Games under the name “Gu Ailing,” although she insists she is still “proud of my American upbringings” and believes skiing for China will “promote common understanding, create communication, and forge friendships between nations.”

Gu is doing well at the Winter Olympics and has become a national heroine and heartthrob for the People’s Republic of China. After she won a gold medal on Tuesday, Weibo literally melted down under the torrent of praise from its users, who hailed her as a “genius” and celebrated both her beauty and grace.

Zhu did not fare as well in Beijing:

After she slipped and fell on the ice on Sunday, knocking the Chinese team from third to fifth place, Chinese social media erupted in derision for Zhu. A hashtag that translates to #ZhuYiHasFallen swiftly became one of the trending topics on Weibo, racking up over 230 million views.

The South China Morning Post (SCMP) translated some of the heckling:

“Shame on Zhu Yi,” one netizen wrote on Weibo after her routine on Sunday.

“Zhu Yi, how ridiculous your performance is!” another user said. “How dare you skate for China? You cannot even hold a candle to an amateur!”

“I guess I felt a lot of pressure because I know everybody in China was pretty surprised with the selection for ladies’ singles and I just really wanted to show them what I was able to do but unfortunately I didn’t,” a tearful Zhu said after her rocky performance.

This was a reference to Zhu’s selection for the Chinese team over 18-year-old Chen Hongyi, a decision many Chinese fans viewed as indefensible. Australia’s ABC News noted some of the abuse hurled at Zhu on Weibo, also praised Chen, and asserted she would have turned in a better performance. They also mocked the U.S.-born Zhu for not speaking Mandarin, unlike Gu, who is fluent.

“Please let her learn Chinese [sic] first, before she talks about patriotism,” one Weibo heckler sneered.

The Chinese Communist government claimed to have stepped in after a few hours, unceremoniously nuking the huge Weibo hashtags dedicated to mocking Zhu and deleting hundreds of posts. China’s state-run Global Times counted 93 Weibo accounts suspended for “cyber-bullying” Zhu as of Monday.

Weibo management published a notice on Sunday that praised the enthusiasm of Chinese users for the Olympics but called on them to “act in a civilized manner.”

Weibo promised to “strengthen the screening-out of bad information in relation with the Olympics” and encouraged users to report “contents that violate rules,” according to the Global Times. 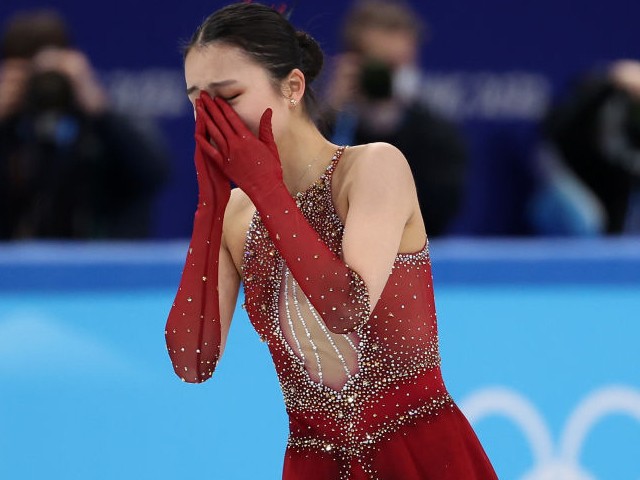