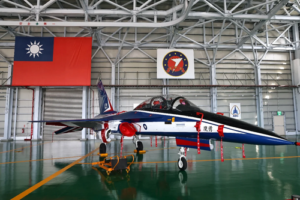 China on Thursday issued a strong warning over a bill that was advanced by the Senate Foreign Relations Committee that would give Taiwan $6.5 billion in military aid and take other steps to fundamentally change US policy toward Taipei.

Chinese Foreign Ministry spokeswoman Mao Ning said that China is “firmly” opposed to the bill and lodged a complaint to the US over the legislation. She said the bill “seriously breaches” the US commitment to the one-China policy.

When the US normalized relations with Beijing in the 1970s, Washington agreed that there is one China and that Taiwan is a part of that country. The US recognized Beijing as the government of China and severed diplomatic relations with Taipei in 1979 to formalize the policy.

Besides the unprecedented military aid for Taiwan, the bill would give Taiwan the benefits of being a major “non-NATO ally” without a formal designation, expedite arms sales to Taipei, and require sanctions in the event of Chinese aggression. The $6.5 billion in military aid will be disbursed over five years through Foreign Military Financing, a State Department program that gives foreign governments money to buy US arms.

The bill was passed by the Senate Foreign Relations Committee in a vote of 17-5. The next step is to be voted on in the Senate, but it’s not clear when that’s going to happen. The legislation will likely receive strong bipartisan support, but some lawmakers might think it goes too far. Sen. Mitt Romney (R-UT) voted in favor of the bill but recognized that it was highly “provocative” and “bellicose.”

Chinese analysts told The South China Morning Post that if the legislation becomes law, China would likely respond by increasing the military pressure on Taiwan. China recently held its largest military exercises around the island in response to House Speaker Nancy Pelosi (D-CA) visiting Taipei, which included simulating a blockade and launching missiles over Taiwan.

Li Fei, the director of Xiamen University research centers, told the Post that China’s responses will become more intense. “The more the US provokes, the more intense China will respond … such as deploying aircraft over Taiwan, further strengthening and extending military blockades and drills, and even blocking Taiwan by declaring the Taiwan Strait as our continental body of water and banning vessels from entry,” Li said.