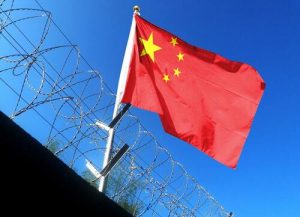 China has set up at least 54 overseas police stations in 30 countries, including in the United States (New York), Canada, Spain, Italy, France, the Netherlands, the United Kingdom, Hungary, Portugal, the Czech Republic, Brazil, Argentina and Nigeria, according to a recent report from Safeguard Defenders, a human rights NGO. Most of these police stations are located in Europe, with nine such police stations in major Spanish cities, four in Italy, and three in Paris, among others.

According to Peter Dahlin, director of Safeguard Defenders, those are just the tip of the iceberg:

“We are convinced that there are many more, because these only belong to two jurisdictions – Fuzhou and Qingtian, where most of the Chinese in Spain come from – and China itself admits that it has launched the project in ten. So it could be up to five times more.”

The police stations are part of China’s campaign to “persuade” Chinese citizens suspected of criminal acts – particularly telecommunications fraud, but also political “crimes” such as political dissent – to return to China to face criminal prosecution. China not only threatens the Chinese citizens themselves but also members of their families who have stayed behind in China. Such threats have been continuing for years, as FBI Director Christopher Wray pointed out in 2020, when he mentioned a case from the US in which a Chinese government “emissary” visited a target in the US and told him that he could choose between returning to China or committing suicide.

“The number of cross-border telecom fraud cases targeting Chinese residents has been significantly decreased in China, with 230,000 telecom fraud suspects being educated and persuaded to return to China from overseas to confess crimes from April 2021 to July 2022…”

“These include targeting the purported suspects’ children in China, denying them the right to education, as well as targeting family members and relatives in a similar fashion. In short, a full-on ‘guilt by association’ punishment to ‘encourage’ suspects to return from abroad.”

China’s overseas police stations purport merely to have administrative or consular functions, but function as means of threatening Chinese abroad to return to China, thereby skipping the necessary legal requirements under international law. According to Safeguard Defenders:

“These methods allow the CCP and their security organs to circumvent normal bilateral mechanisms of police and judicial cooperation, thereby severely undermining the international rule of law and territorial integrity of the third countries involved… In eschewing regular cooperation mechanisms, the CCP manages to avoid the growing scrutiny of its human rights record and the ensuing difficulties faced in obtaining the return of ‘fugitives’ through legal proceedings such as formal extradition requests. It leaves legal Chinese residents abroad fully exposed to extra-legal targeting by the Chinese police, with little to none of the protection theoretically ensured under both national and international law…

“Openly labeled as overseas police service stations… for example in renewing Chinese driver’s licenses remotely and other tasks traditionally considered of a consular nature… [the stations] also serve a more sinister goal as they contribute to ‘resolutely cracking down on all kinds of illegal and criminal activities involving overseas Chinese.'”

The police stations are obviously also used to target Chinese abroad who disagree with the regime.

“One of the aims of these campaigns, obviously, as it is to crack down on dissent, is to silence people,” Laura Harth, a campaign director with Safeguard Defenders said. “So people are afraid. People that are being targeted, that have family members back in China, are afraid to speak out.”

“[We] have asked the Chinese ambassador for full clarification on the so-called police service stations carrying out tasks in the Netherlands on behalf of the Chinese government,” Dutch Foreign Minister Wopke Hoekstra wrote on Twitter.

In the US, FBI Director FBI director Christopher Wray said that the FBI was investigating the matter.

“We are aware of the existence of these stations. To me, it is outrageous to think that the Chinese police would attempt to set up shop, you know, in New York, let’s say, without proper coordination. It violates sovereignty and circumvents standard judicial and law enforcement cooperation processes.”

Wray added that the FBI was “looking into the legal parameters,” and stated that the FBI has opened charges related to Chinese government harassment, stalking, monitoring and blackmailing Chinese in the US who were critical of China’s President Xi Jinping.

“It’s a real problem and something that we’re talking with our foreign partners about, as well, because we’re not the only country where this has occurred.”

“Their activities are to assist local Chinese citizens who need to apply for expired driver’s license renewal online, and activities related to physical examination services by providing the venue.”

Nevertheless, the Spanish newspaper El Correo quoted an unnamed official from the Chinese Foreign Ministry in Shanghai, who reportedly acknowledged that the police stations abroad are part of how China operates:

“The bilateral treaties are very cumbersome, and Europe is reluctant to extradite to China. I do not see what is wrong with pressurizing criminals so that they are brought to justice.”

Safeguard Defenders has appealed to countries to take swift action against the Chinese police stations.

“We call on Members of Parliament to raise this issue with their Governments: ask if and how this practice is being monitored; to what extent such operations take place in their country, and what measures are being formulated to counter them. Action needs also be taken to protect a quickly growing Chinese diaspora in the target countries, unless the latter are content with having a foreign government police minority groups on their territory, often to the intentional detriment of the target country and its policies, and aimed at intimidating the diaspora into obedience to the CCP anywhere in the world. Dedicated reporting and protection mechanisms must urgently be made available.”

Judith Bergman, a columnist, lawyer and political analyst, is a Distinguished Senior Fellow at Gatestone Institute.