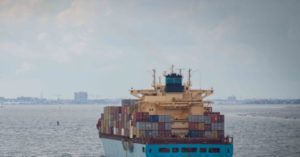 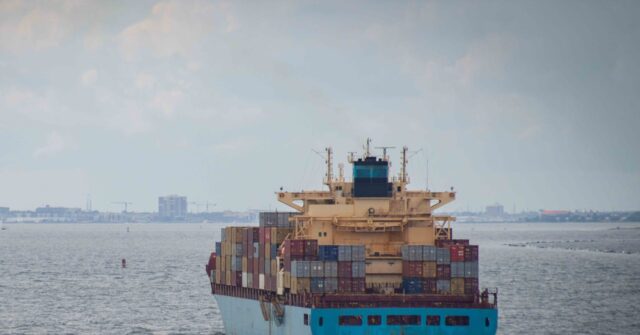 The Biden administration has claimed credit for easing the backlog of cargo ships at Los Angeles and Long Beach, but the problem merely shifted east, and the cargo jam is now at record levels if East Coast ports are included.

If you only look at Los Angeles and Long Beach — the largest container import gateway in America — you’d think shipping congestion has drastically reduced. The number of ships waiting there has fallen to 26 from a high of 109 in January. But in fact, North American port congestion has just re-entered record territory. The offshore traffic jam is once again as bad as it’s ever been.

In January and February, when North American congestion previously peaked, there were just under 150 container vessels waiting off the coastlines. Two-thirds were in the Los Angeles/Long Beach queue.

As of Thursday morning, there were 153, the majority off East and Gulf Coast ports. Whereas the earlier West Coast pileup was centralized, highly publicized and relatively easy to track, today’s ship queue is more widely disbursed and attracting less attention.

“The acceleration in the long-term shift that had already been occurring due to the underlying cost economics was driven by the early and major congestion on the West Coast.” [The McCown Report by Blue Alpha Capital] is of the view most of the loads that have shifted will continue to be routed by US Gulf/East Coast ports due to better underlying economics.

Going forward continued delays at US ports are expected, and the top largest US ports saw 5.9% increase in inbound volumes in July. “With containerships now waiting at all coasts and many ports operating near or at capacity, it seems clear that further will more consistently put strain on the US port system,” McCown said.

The Biden administration has repeatedly taken credit for easing port congestion on the West Coast, with President Biden most recently delivering a speech in Los Angeles touting progress in the supply chain crisis.

However, it seems the problem simply moved elsewhere.