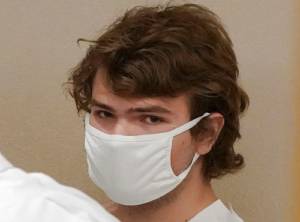 Payton S. Gendron, 18, was arraigned before Buffalo City Court Judge Craig Hannah on a first-degree murder charge on Saturday evening for killing ten people at a Buffalo, New York, supermarket, according to The Buffalo News. 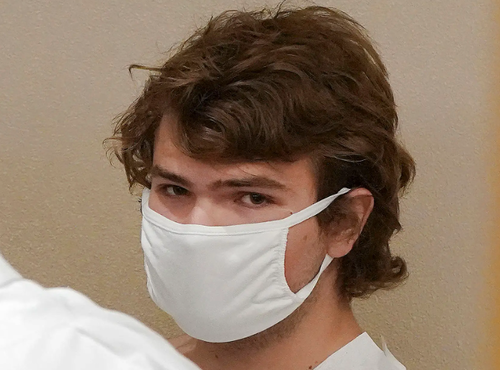 Gendron pleaded not guilty and was revoked bail while awaiting the next court appearance at 0930 ET Thursday. The 18yo white male told the judge, “I understand my charges.” 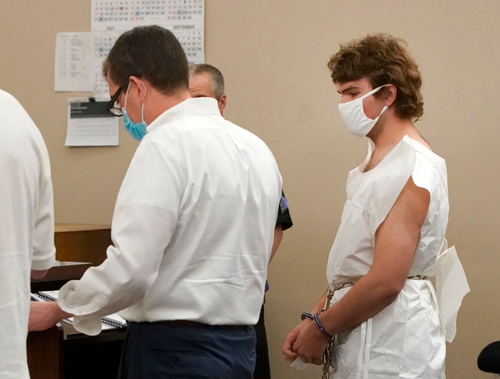 According to NYTimes, investigators were examining a “manifesto” believed to have been written by Gendron that was posted online.

Searching through the 180-page hate-filled manifesto, the 18yo writes about the risk of white Americans being replaced by people of color, also known as the “replacement theory.”

A senior law enforcement official told NBC News they are aware of the manifesto allegedly written by the suspect, and we’re working to confirm that he is the author.

In the uncorroborated manifesto (circulating the internet), Gendron says he was radicalized on 4chan at the beginning of the virus pandemic in early 2020. The document’s layout is similar to Brenton Tarrant, the white supremacist mass shooter who killed 51 people and injured 40 others in a New Zealand mosque in 2019.

Gendron appears to have copy and pasted Tarrant’s manifesto. 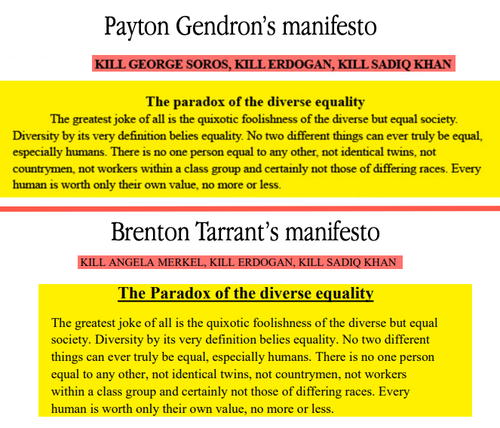 Here’s another example of the copy and pasting. 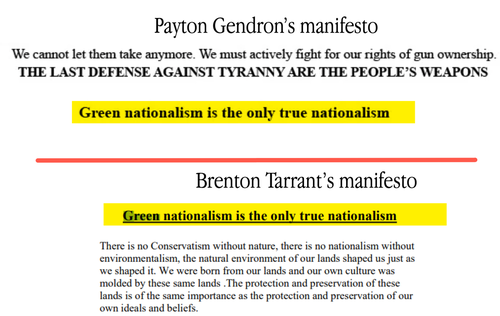 Within the text, Gendron purportedly describes himself as “… a populist. But you can call me an ethno-nationalist eco-fascist national socialist if you want.”

Gendron says he planned the shooting based on the “highest percentage and high density of blacks” that can be found near him.

Aside from the manifesto that investigators are still combing through to confirm authenticity, The Buffalo News said police in 2021 were notified when Gendron threatened violence to others at his local high school.

“A school official reported that this very troubled young man had made statements indicating that he wanted to do a shooting, either at a graduation ceremony, or sometime after,” a law enforcement official familiar with the case told the local paper.

At the time, NY State Police investigated Gendron under the section of state mental health laws, and he was referred for a mental health evaluation.

The Biden administration responded to the mass shooting, saying, “A racially motivated hate crime is abhorrent to the very fabric of this nation. Any act of domestic terrorism, including an act perpetrated in the name of a repugnant white nationalist ideology, is antithetical to everything we stand for in America. Hate must have no safe harbor. We must do everything in our power to end hate-fueled domestic terrorism.”

Investigators told the NYPost they believe the manifesto is “authentic,” though police are still waiting to analyze Gendron’s computer for confirmation.