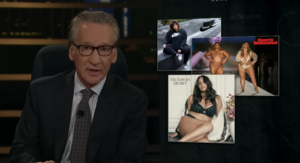 Talk show host and comedian Bill Maher railed against the pro-obesity ‘body positivity’ movement, saying that not only is it pathetic, it’s a national security risk. 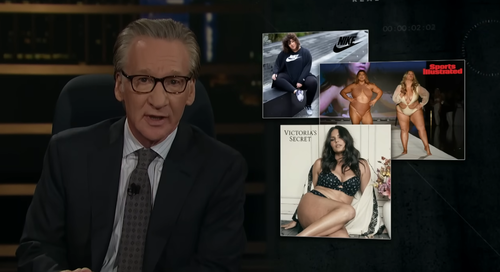 “There is a disturbing trend going on in America these days,” Maher began, adding that people are “rewriting science to fit ideology to just fit what you want reality to be.”

“We’ve gone from fat acceptance to fat celebration. That’s new. That is new,” Maher said. “To view letting yourself go as a point of pride? We used to at least try and be fit and healthy and society praised those who succeeded”

“Of course, you can get away with anything bad for you when you’re young,” then said, adding “Let me ask you this: Have you ever seen a fat 90-year-old?“

Maher then noted that the military is having a harder time finding in-shape recruits, as well as how obese people have fared worse during COVID-19.

“At some point acceptance becomes enabling, and if you’re in any way participating in this joyful celebration of gluttony that goes on now, you have blood on your hands,” he said, adding “You can make believe you’re fighting some great social justice battle for a besieged minority, but what you’re really doing is enabling addicts – which I thought we decided was bad.”