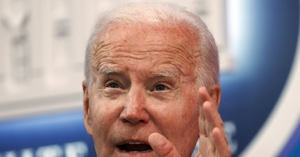 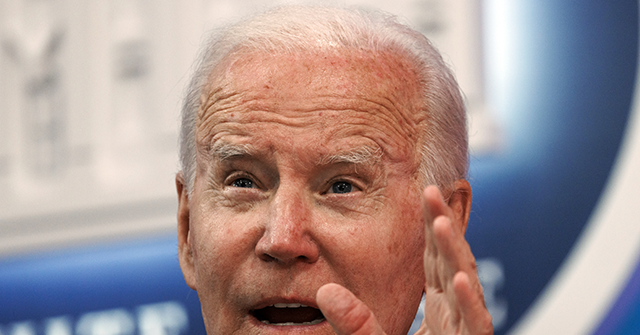 The president said Capitol Police officers faced “medieval hell for three hours, dripping in blood, surrounded by carnage” during the events of January 6.

“Face to face with a crazed mob that believed the lies of the defeated president, the police were heroes that day,” Biden continued. “Donald Trump lacked the courage to act. The brave women and men in blue all across this nation should never forget that.”

Biden spoke to the National Organization of Black Law Enforcement Executives Conference virtually on Monday as he continues recovering from coronavirus.

Despite Trump’s repeated vocal support of law enforcement, Biden suggested that the president did not care about police officers because he did not demand his supporters back down from their protest of the 2020 election.

During the 2020 presidential campaign, however, Biden sided with protesters over law enforcement after they attacked federal property in Portland in the name of protesting the death of George Floyd.

“Now Homeland Security agents—without a clearly defined mandate or authority—are ranging far from federal property, stripped of badges and insignia and identifying markings, to detain people. They are brutally attacking peaceful protesters, including a US Navy veteran.” @JoeBiden https://t.co/FDHdBRILEs

Joe Biden described this as “peaceful”. Doesn’t that make you feel safe? pic.twitter.com/Weuoj1oc7Z

Biden spent most of the 2020 presidential campaign criticizing police officers and even blamed law enforcement for fueling distrust in minority communities in a statement on Peace Officers Memorial Day in 2021.

With a rise in violent crime in many of America’s major cities, Biden has tried to rebrand himself as a president who supports law enforcement even after he endorsed redirecting funding for the police.