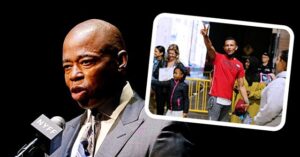 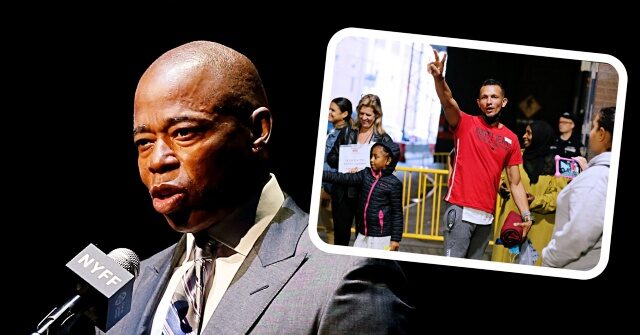 For months Abbott has been sending border crossers and illegal aliens on buses to a number of sanctuary jurisdictions across the United States, including New York City. Almost immediately, Adams told New Yorkers to get “on board” with waves of illegal immigration burdening schools, infrastructure, homeless shelters, and subways.

A new estimate from the Independent Budget Office (IBO) finds that the arrival of nearly 24,000 border crossers and illegal aliens to New York City is set to cost New Yorkers some $600 million over the course of a year and an additional $250 million if about 10,000 more arrive on buses in the coming months.

IBO has examined the costs that the city will incur over the course of a year to provide services to this population. Based on the number of asylum seekers who had arrived as of early November, IBO estimates that the city will spend at least $596 million over the course of a year. Our estimates include about $580 million in costs that are directly tied to the number of asylum seekers who already have arrived in the city. These include shelter stays, public school costs, as well as some health services and immigration legal assistance. Some of these costs, particularly shelter, will fall into the next fiscal year. [Emphasis added]

The total cost of city services provided to the newly arrived asylum seekers cannot be estimated with certainty, as the number of people arriving and remaining in the city continues to evolve. Where possible, we provide the per‐person or per‐household cost of the various services. We estimate that this per‐person/household could range from about $1,900 for an individual who does not enter the city’s shelter system and receives some health and basic legal services to nearly $93,000 for a family of four who enters a shelter for a year and has two children enrolled in the city’s public schools, along with receiving some health and basic legal services. This can be used to project total costs once there is a better understanding of the total number of asylum seekers expected to require services from the city. For example, the arrival of an additional 10,000 asylum seekers—assuming the current mix of households remains consistent—would increase costs by around $246 million. [Emphasis added]

While an overall tax burden to New Yorkers, the arrival of thousands of border crossers and illegal aliens is proving lucrative for the city’s real estate investors and luxury hotel owners who are scoring city contracts to house hundreds in their properties.

Even as Adams spent $750,000 to set up a sprawling 84,000-square-foot migrant tent city on Randall’s Island, city officials announced that the tent city will be shuttered soon.

Instead, city officials are focusing on cost-transferring contracts with luxury hotels across Manhattan, Brooklyn, and Staten Island where they are paying millions to rent hundreds of hotel rooms that are being provided to arriving border crossers and illegal aliens, free of charge.

While more than 5.5 million border crossers and illegal aliens are estimated to have arrived at the southern border since Biden took office, the administration is welcoming at least 6,200 into American communities every day.