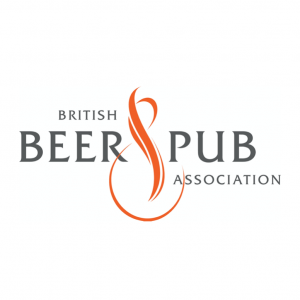 The UK government came under pressure on Wednesday to fix a date for the beer and pub sector to fully re-open following a major slump in the industry’s sales last year.

Amid the closures and various curbs put in place to slow the spread of the CCP (Chinese Communist Party) virus,  sector sales fell by 56 percent in 2020, with a loss of £7.8 billion ($ 10.7 billion), the British Beer and Pub Association (BBPA) said in a statement.

“This is not sustainable for our sector. We cannot continue to hold out under these circumstances” BBPA chairman, Philip Whitehead said.

“We urge the Government to provide clarity to our sector on when it can expect to fully re-open,” he added.

Nick Mackenzie, CEO of leading pub retailer and brewer Greene King, said that last year was “a write-off for pubs.”

“The industry needs a clear plan for reopening as soon as it is safe to do so, without complex and unjustified restrictions which would make it unviable to open,” he said.

Mackenzie’s remarks come following controversy in recent months over whether the restrictions on pubs are reasonable based on scientific evidence.

In November last year, the UK government published a policy paper citing four types of evidence on the transmission of the virus in hospitality settings, which it said supported the decision to keep pubs shut and impose a curfew.

But Christopher Snowdon, head of lifestyle economics from the International Energy Agency (IEA), published an article at the time slamming the government for targeting hospitality businesses “based on the flimsiest of evidence.”

In the article published in the CAPX, Snowdon said that the policy paper “ignores all the counter-measures introduced to make hospitality venues low-risk, and relies on a handful of studies cobbled together by SAGE [The Scientific Advisory Group for Emergencies] which have no relevance to the British pub trade as it currently operates.”

Echoing Snowdon’s observations, the BBPA said in its proposed roadmap to recovery for the sector, that the evidence the government had used to justify its curbs was drawn from a-typical hospitality settings overseas and failed to take into account the COVID-secure protections that pubs have been using since July.

The protections “successfully mitigate against the risks the paper identifies,” the BBPA said, and suggests that once vulnerable groups have been vaccinated, pubs, along with non-essential retail, should re-open with the measures still in place.

The BBPA calls for the requirement to only trade if serving substantial meals to be dropped when pubs re-open, and for an “evidence-based restrictions review” of curbs on household mixing and curfews to take place.

It also calls for the reinstatement of pub entertainment, bar service, and normal customer capacity.

On the financial side, the BBPA asks for a continuation via the spring budget of business rate concessions for the sector and for tax breaks to continue into the 2021/22 financial year.

It also asks for an extension of grants and employee support should trading restrictions remain in place beyond April, along with the set-up of a fund to compensate for stock write-offs that have had to be made due to lockdown rules.

Mark Davies, CEO of Hawthorn, the Community Pub Company with over 700 pubs, repeated the need for remedial financial measures for the beer and pub sector amid the crisis.

It is “crucial that immediate financial support is secured for the pub sector with business rates and VAT an urgent priority,” he said.

A spokesperson for the government said in a statement that along with schools re-opening, in the week of Feb. 22 it will set out its plan for the gradual re-opening of the economy.

“We have put in place one of the most comprehensive and generous packages of business support in the world worth £280 billion,” the spokesperson said.

“This includes a one-off grant worth up to £9,000, VAT relief, various loan schemes, a business rates holiday as well as the extended furlough scheme,” they added.

Lily Zhou contributed to this report.