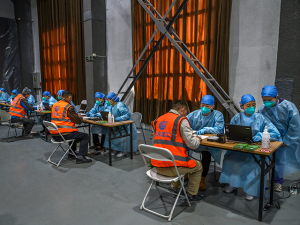 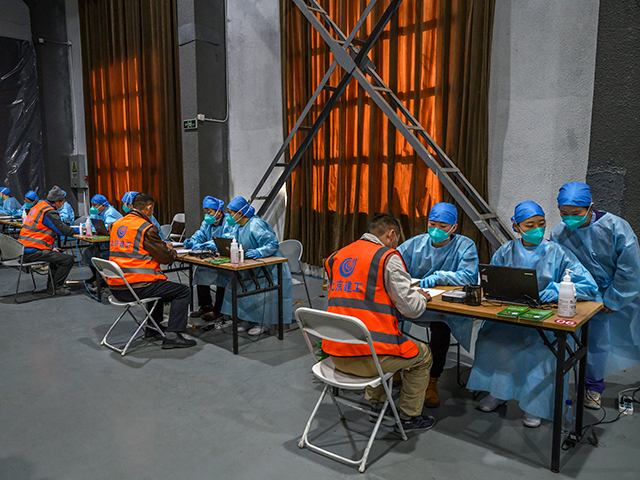 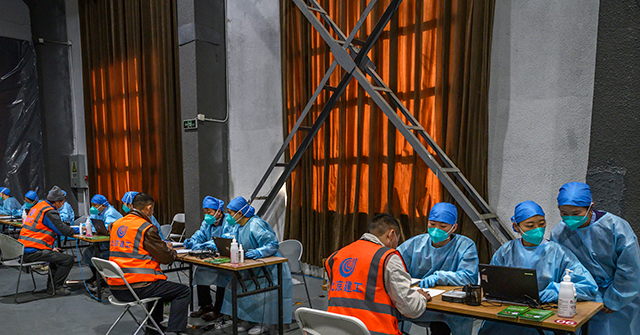 A few days after attempting to dismiss disappointing test results from Brazil on China’s Sinovac vaccine candidate for the Chinese coronavirus, Chinese state media turned to attacking Sinovac’s American competitors Pfizer and Moderna, calling for a worldwide ban on Pfizer’s vaccine after 23 elderly Norwegians died, ostensibly from reactions to the Pfizer shots.

China’s state-run Global Times on Friday cited “Chinese health experts” who called for a halt to the use of mRNA-based Covid-19 vaccines like Pfizer’s, due to “safety uncertainties” and evidence their “efficacy was not as good as expected.”

“Yang Zhanqiu, a virologist from Wuhan University, told the Global Times on Friday that the death incident, if proven to be caused by the vaccines, showed that the effect of the Pfizer vaccine and other mRNA vaccines is not as good as expected, as the main purpose of mRNA vaccines is to heal patients,” the article related.

The Global Times also quoted an anonymous “Beijing-based immunologist” who said “the world should suspend the use of the mRNA COVID-19 vaccine represented by Pfizer, as this new technology has not proven safety in large-scale use or in preventing any infectious diseases.”

Midway through its breathless screed against Pfizer, the Global Times admitted that all of the 23 deaths reported in Norway occurred among “frail, elderly patients in nursing homes,” all of them more than 80 years old and some over 90. Norway’s vaccination program put an emphasis on offering vaccines to the elderly first, on the grounds that they are the cohort most at risk of severe or fatal complications from the Wuhan coronavirus.

Norwegian health officials said only 13 of the deaths have been assessed so far, and “common side effects may have contributed to a severe course in frail, elderly people.”

Even the Global Times’ anonymous Beijing immunologist recommended that people over 80 should exercise caution when using any coronavirus medication, which rather deflates the talking point that mRNA vaccines are uniquely dangerous.

“For those with the most severe frailty, even relatively mild vaccine side effects can have serious consequences. For those who have a very short remaining life span anyway, the benefit of the vaccine may be marginal or irrelevant,” Bloomberg News quoted from a Norwegian Institute of Public Health statement.

Pfizer issued a statement that said Norway’s health regulator concluded “the number of incidents so far is not alarming, and in line with expectations.”

“Allergic reactions have been uncommon so far. In the U.S., authorities reported 21 cases of severe allergic reactions from Dec. 14-23 after administration of about 1.9 million initial doses of the vaccine developed by Pfizer Inc. and BioNTech SE. That’s an incidence of 11.1 cases per million doses, according to the Centers for Disease Control and Prevention,” Bloomberg News reported.

“We are not alarmed by this. It is quite clear that these vaccines have very little risk, with a small exception for the frailest patients,” medical director Steinar Madsen of the Norwegian Medicine Agencies said, as quoted by the New York Post.

Another Global Times editorial gave away the game that China is smarting from revelations that its vaccines are much less effective than competing products:

Norway is a small Northern European country and only about 25,000 people have been vaccinated with Pfizer vaccines. Twenty-three deaths are a large number. But surprisingly, mainstream English-language media did not report the incident immediately, as if they had already reached a consensus. Major US and UK media were obviously downplaying their deaths.

In contrast, those major Western media will immediately hype any unfavorable information about Chinese vaccines and try to amplify their impact on public psychology. For example, the data of China’s Sinovac vaccine was lower than expected in Brazil, and it was reported everywhere in Western media. The death of a Brazilian volunteer who participated in the trials also became a major event in Western media. But it was later proven that the death had nothing to do with the vaccination, and Western media lost their interest.

The COVID-19 vaccine is serious scientific issue. The current pandemic situation is extremely critical. It is the fundamental interests of all mankind to have more vaccines to fight COVID-19. However, some mainstream US and British media are taking the lead in putting geopolitical labels on vaccines. They are meddling in political stances with the scientific attitude toward vaccines, using their propaganda to promote Pfizer vaccines and smearing Chinese vaccines.

“If there needs to be some comparison, then China’s inactivated vaccine definitely has more solid foundation in safety than Pfizer’s mRNA vaccine. The inactivated vaccine technology has been very mature and has undergone decades of clinical testing,” the Global Times asserted, hammering the “mature technology” talking point.

Working itself into a paroxysm of incoherent rage, the Global Times granted that “mass vaccination of Pfizer is a must” and “even if there are risks, these countries would rather bear them,” but then resumed slamming Western media for supposedly turning a “blind eye” to the risks and imposing “crude double standards on vaccines.”

The point the Chinese editorialists are trying to make is that America and Europe had such poor responses to the coronavirus, compared to brilliantly-managed and perfectly organized China, that it is unsurprising they would roll the dice on risky vaccines in a last-ditch effort to keep the body count down.

“Regrettably, Washington has promoted China-U.S. confrontation and the U.S. and its major allies have initiated their ideological frenzy. Is there any justice? They believe it is right to suppress China and wrong to be fair to China. Such an attitude has extended to serious scientific and humanitarian fields which should have been far away from politics,” the Global Times railed.