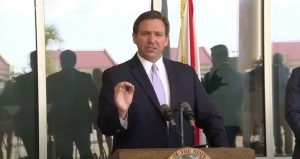 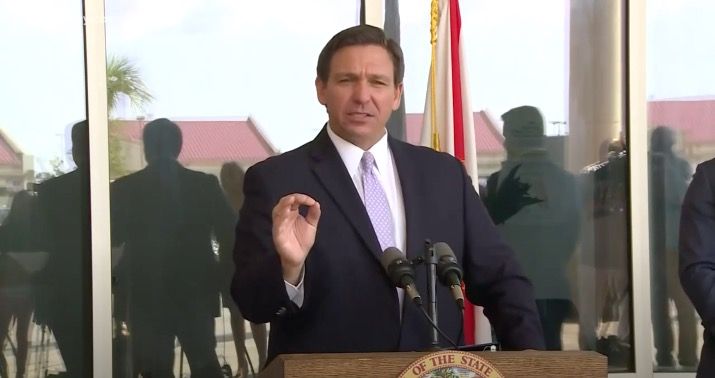 How bad is the DeSantis “60 Minutes” story? So bad that…

…multiple Democrats from his home state have backed him up on it.

…CBS’s other national programs seem to want nothing to do with it.

The story, by correspondent Sharyn Alfonsi, suggested there was a possible link between the [$100,000] donation [by Publix to DeSantis] and the state’s partnership with Publix stores for vaccine distribution — a serious issue of foul play, if true.

But, beyond spotlighting the public finance records, “60 Minutes” never offered any substantive evidence to support the significant assertion and link the donation with the partnership.

“60 Minutes” doesn’t care. They’re standing by their story — or at least their much-criticized redaction of DeSantis’s answer when he was asked by a CBS reporter to explain himself. Via Mediaite:

“As we always do for clarity, 60 Minutes used the portion of the governor’s over two-minute response that directly addressed the question from the correspondent,” a spokesman for the network said Tuesday in a statement to Mediaite…

The program showed DeSantis calling the claim a “fake narrative,” but omitted the more substantive portion of his response, which included DeSantis noting that Publix was the first company to volunteer.

Here’s the “60 Minutes” version versus the full answer, in case you missed it in Ed’s post yesterday. DeSantis explained at length that Publix was the first big pharmacy chain to volunteer to distribute the vaccine in Florida, that he spoke to senior citizens about the idea, and that he liked Publix because it has a big retail footprint in Palm Beach County, which has a large number of seniors. All of that got cut down to a perfunctory answer about him talking to local officials before approving Publix as a vaccine distributor:

WATCH: CBS and @60Minutes excluded context from Florida Gov. Ron DeSantis in which he explains the steps his government took to make the decision to partner with Publix on vaccine distribution.

The 60 Minutes version is first, followed by the full answer from DeSantis. pic.twitter.com/2KRQKPLOe7

It’s a sham. But don’t miss the forest for the trees: Guy Benson is correct that the bowdlerized video, while unfair, isn’t the worst thing about the segment. The worst thing is that the premise, that DeSantis exchanged distribution rights for campaign cash from Publix, is entirely unsupported. To make that narrative stick, CBS not only had to edit DeSantis’s answer, they had to avoid talking to Democratic officials like Palm Beach County Mayor Dave Kerner who would have set them straight about how Publix was chosen.

I mean, how unfair does a major media investigation of a 2024 Republican contender have to be for Joe Scarborough to feel obliged to ride to his rescue?

Independent of current political skirmishes making news, know this:
If you want to distribute anything effectively across the state of Florida for the good of its citizens, @Publix should probably be your first call. pic.twitter.com/mdyMd3P3h3

That’s one of the craziest things about CBS’s report. You could understand their suspicion if DeSantis had *bypassed* Publix, an obvious choice for vaccine distribution, in favor of some much smaller chain that had donated lavishly to him. But Publix was the obvious choice. And their donation of $100,000 isn’t “lavish” by Florida standards. If all it takes down there is $100K to secure a gig as lucrative as vaccine distribution, which will bring millions of extra customers into Publix stores, then Ron DeSantis is the cheapest date in politics.

If DeSantis is the Republican nominee in ’24 we’ll need an updated version of The Party Decides where the focus is on how liberal newsrooms now pick GOP nominees, with an extended political-science debate about whether they know they’re doing it.

Nothing endears a Republican candidate to his base as quickly as the scorn of national media, and DeSantis has received more than his fair share of that as the press has grasped for ways to treat his pandemic response as incompetent or corrupt. The Publix report is the latest example and also the biggest misfire; now he gets to go on offense against CBS as GOP voters cheer him on. Via the Right Scoop, here he is this morning before the cameras inveighing repeatedly against “corporate media.” If he wasn’t already the non-Trump frontrunner in 2024, he is now.